Africa is becoming an increasingly popular holiday destination among adventure-seeking Chinese tourists. The numbers of visitors who went to Africa in 2016 was up sharply due to looser visa restrictions and new direct flights between China and Ethiopia, Kenya and South Africa among other popular destinations. Chinese arrivals in South Africa alone were up 93% last year.

You’d think this would be great news for Africa’s embattled travel operators, right? After all, Westerners turned away from the continent in large numbers after the Ebola outbreak, terrorist incidents in Kenya, Nigeria, and Tunisia as well as the ongoing economic uncertainties at home. So a new market of wealthy travelers, this time from China, should be warmly welcomed by all those hotels, safari parks, bus operators and other travel suppliers whose livelihoods depend on satisfying overseas visitors. Wrong.

“They just don’t get it,” said Kampala-based tourism consultant Sandra Rwese about the failure of African travel companies to take advantage of this new market of Chinese tourists. Even though 133 million Chinese went overseas last year, and elsewhere almost every country is battling for a piece of this huge, lucrative market, in Africa, it’s business as usual according to Rwese.

“They’re not adapting their offer, their menus, localizing their marketing for the Chinese traveler, nothing. It’s really surprising,” she explained as to why African travel operators are struggling so hard to both attract and cater to Chinese tourists. Since African suppliers are not effectively serving this new market, Chinese companies are increasingly filling the void themselves, said Rwese, by building their own tourism infrastructure across Africa to serve the growing number of Mandarin and Chinese speaking travelers.

Chinese entrepreneurs in Uganda, Kenya, and South Africa are funding hotels, restaurants and bus tours with culturally-attuned travel services, effectively taking the opportunity right out from under local competitors. So while there are often loud complaints of Chinese businesses undercutting local companies in Africa, this is an example where those local companies may actually deserve their fate when they fail to capitalize on such a massive opportunity to serve this new market.

Sandra Rwese joins Eric & Cobus to explain why she thinks African travel companies are so reluctant to embrace the new Chinese tourist and how it may already be too late for African companies to effectively compete.

Sandra Rwese is the founder and director of the Kampala-based tourism advisory firm Gulu & Hirst. Launched in 2014, G&H advises tourism, banking, academic, and other service sectors how to re-skill their staff, advertise online and engage Chinese customers. Rwese speaks conversant Mandarin Chinese and has traveled extensively throughout both China and Africa. 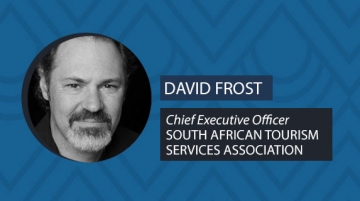 South Africa’s tourism sector is in crisis as a series of new visa regulations have prompted dramatic falls in arrivals, ...

China & Africa: Getting to Know Each Other 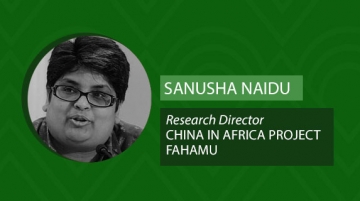 China’s embrace of Africa has produced some stunning statistics.  The numbers look great pretty much across the ... 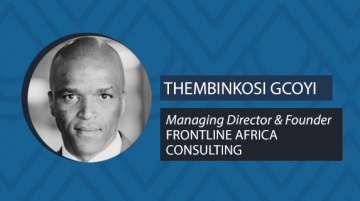 One of the prevailing media narratives of China’s recent economic turmoil is the effect that it could have on emerging markets,
Previous Story: How Taiwan Became a Divisive Wedge Issue in South Africa
Next Story: How China's Insatiable Demand for Timber Threatens Congo's Rain Forests