Environmental and conservation issues have long been secondary priorities in the Sino-African relationship, lagging far behind economic development. Pollution, over-fishing, poaching and other ecological problems were all seen as the necessary downsides of economic modernization. Now, however, mounting public pressure on leaders from both sides appears to be nudging these issues higher up the agenda.

Although environmental issues did not figure prominently at last year’s China-Africa summit in Johannesburg, receiving only passing-attention in the final communiqué, 2015 will nonetheless go down as a turning point for Sino-African environmental politics. The Chinese now appear committed to stopping the domestic ivory trade, imposing a series of temporary trading bans that are widely expected to lead up to an outright trade prohibition in early 2017. Chinese private enterprises are also stepping up their corporate social responsibility initiatives on the continent and there has been a noticeable increase in the amount of Chinese news coverage about environmental issues in Africa.

While the Chinese and African governments are finally saying the right things when it comes to environmental protection, the real question is whether all this new rhetoric will actually lead to effective policies that limit the spread of carbon emissions, protect the continent’s wildlife and crack down on illegal natural resource trade. Given pervasive corruption across Africa, it’s likely that it will take years, if not decades, for meaningful reform to take root.

In Beijing, a number of key policy battles are underway that will likely have a big impact across Africa. Issues ranging from the off-shoring of Chinese manufacturing to cracking down on the illegal wildlife trade will be on the domestic Chinese policy agenda in 2016. Li Nan, policy manager at China’s Green Shift Initiative with the Worldwide Wildlife Fund for Nature in China and Zhou Fei the wildlife research network TRAFFIC in China, join Eric & Cobus to discuss Sino-African environmental politics and their forecast for the year ahead. 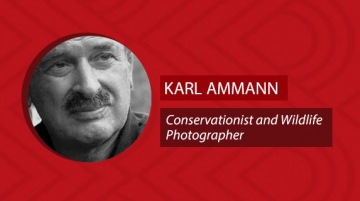 China’s seemingly insatiable demand for African wildlife is pushing dozens, and possibly hundreds of species towards extinction. While elephant and rhino poaching receive most of ... 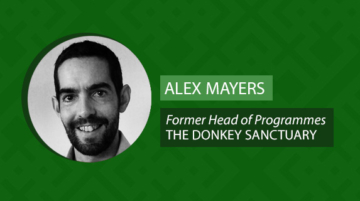 NOTE: this interview with Alex Meyers was recorded just prior to his departure from the Donkey Sanctuary. Persistent Chinese demand for donkey hides is now ...
Previous Story: Have We Reached Peak China-Africa?
Next Story: A Chinese Perspective on the African “Debt Trap” Debate