The election of Donald Trump has introduced a new era of uncertainty in global politics, especially in Africa where the president-elect has said nothing about his foreign policy agenda for the continent. Not surprisingly, Trump’s unpredictable, provocative-style is sparking widespread concern across the continent as to whether the United States plans to remain engaged in Africa.

China, by comparison, is moving in the opposite direction. Beijing’s New Year’s announcement to finally outlaw its domestic ivory trade, although long overdue, was widely praised an important step in the struggle to save Africa’s embattled elephant population. Also in January, China’s foreign minister, Wang Yi, will make his customary first overseas trip of the year that always begins in Africa where he will visit five countries. All of this is set amid the backdrop of surging Chinese investment in Africa as part of president Xi Jinping’s 2015 $60 billion/5 year financial package and the roll out of China’s ambitious global trading strategy known as “One Belt, One Road” which passes through a number of countries in Northeast Africa where the Chinese are now spending billions of dollars to build out new civilian and military infrastructure.

What Would You Do?

Imagine that you are president Edgar Lungu in Zambia or Nigeria’s president Muhammad Buhari or Tanzanian president John Magufuli what would you do? Your countries have been battered by the persistent slump in global commodity prices and while you may have turned to the U.S. for both aid and leadership in the past, this new president and his new cabinet do not seem like they’re very interested in your part of the world. While Chinese delegations from the foreign minister down stream through your country one after another, where are the Americans? While presidents and prime ministers from other parts of the world have been called to the gilded Trump Tower, none from Africa have been up invited up to that famous penthouse in Manhattan.

Although it’s entirely counterintuitive, Donald Trump really could be the best thing to have ever happened to the Chinese in Africa. The instability that he seems to be provoking is making the Chinese look so good in contrast. Whereas the new U.S. president is threatening to limit foreign trade, cancel aid programs and register Muslims, the Chinese are opening their markets wider for African produce, increasing financial assistance programs on the continent and sponsoring more African students than any other country in the world to study in their universities.

So if you were in Lungu’s, Buhari’s or Magufuli’s position, the choice on how to align your country’s interests, both economic and political, is probably becoming a lot more apparent.

Janet Eom, Research Manager at the China Africa Research Initiative at Johns Hopkins University has been closely following the presidential campaign and the run-up to Donald Trump’s inauguration with an eye on how this will all impact Sino-African relations. Janet joins Eric & Cobus to discuss what’s ahead in U.S.-China-Africa relations. 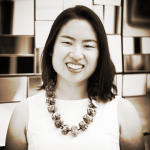 Before joining SAIS-CARI, Janet Eom researched the impact on society, environment, and labor relations of Chinese activity in Africa at the Carnegie-Tsinghua Center for Global Policy in Beijing. She has worked on China-Africa issues in the Strategy and Policy Unit of the Office of the President in Rwanda and conducted field research on the role of Chinese business and investment in Rwandan economic development. She studied Mandarin at Peking University in China and holds a B.A. in Social Studies from Harvard University.

For the first time an American president is convening a summit of almost every African head of state. The stated goal of Barack Obama’s US-Africa ...

The difference between the U.S. and Chinese foreign policies in Africa was on stark display in July when president Barack Obama made his landmark visits ...
Previous Story: 2016 China-Africa Year in Review
Next Story: How Taiwan Became a Divisive Wedge Issue in South Africa