Tanzanian President Samia Hassan surprised a lot of people last month when she announced that talks with China had resumed over the controversial Bagamoyo port deal. This is the deal that President Hassan’s predecessor, the late John Magufuli, famously halted back in 2019 when he said only a “drunkard” would accept the terms put forth by China Merchant Holdings International.

Things have changed a lot since then and apparently, even Chinese President Xi Jinping is now open to the idea of restarting negotiations over the multibillion-dollar port expansion project.

But President Hassan faces a tough challenge. First, the Chinese aren’t spending the kind of money on big infrastructure projects as they used to in Africa. Secondly, there’s a lot of port capacity now in East Africa, from Djibouti to Durban, so the economic feasibility of a big project like this remains an open question.

Thabit Jacob is a postdoctoral fellow at the University of Gothenburg in Sweden. He is an accomplished researcher in the political economy of development, with a focus on governance of extractive and energy resources. Current research explores renewed interest of the Tanzanian state in the extractive sector focusing on the role and prospects of state-owned enterprises (SOEs), questions relating to governance, political and institutional challenges, management of resource revenues, distribution of rents, environmental costs of the extractive sector and the struggles over access to land in extractive activities involving SOEs. Some of his work has been published in journals such as African Affairs, The Extractive Industries and Society, Energy Research & Social Science, The African Review, and Land Use Policy among others.

Overall the research is positioned at the intersection of environment and development challenges with a focus on, natural resource governance and the political economy of energy, natural resource extraction, and climate change.

Muhidin Shangwe is a Lecturer in the Department of Political Science and Public Administration at the University of Dar es Salaam. He graduated from the East China Normal University where he obtained a PhD in International Relations in 2017. His doctoral research was about Chinese Soft Power in Africa, and has continued to study general Chinese engagement in the continent.

The Complicated Politics of Chinese Dam Construction in Guinea 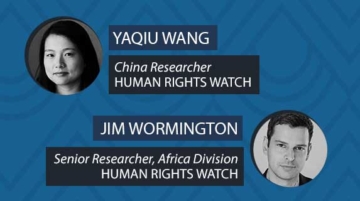 The 450-megawatt Souapiti hydroelectric dam in Guinea is scheduled to begin operating this fall and will bring badly-needed electricity to one of Africa’s poorest countries. ... 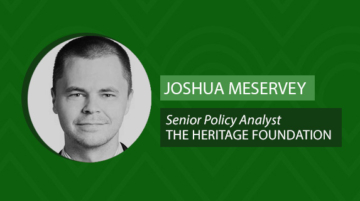 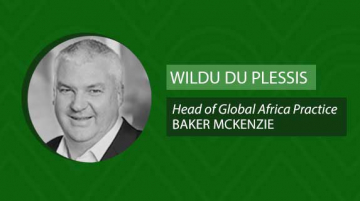 African infrastructure financing is facing a crisis. Financing levels have plunged from $100 billion a year in 2014 to just $31 billion last year,
Previous Story: When It Comes to China, Africa and Central Asia Actually Have Quite a Bit in Common
Next Story: Welcome to the New Era of China-Africa Relations