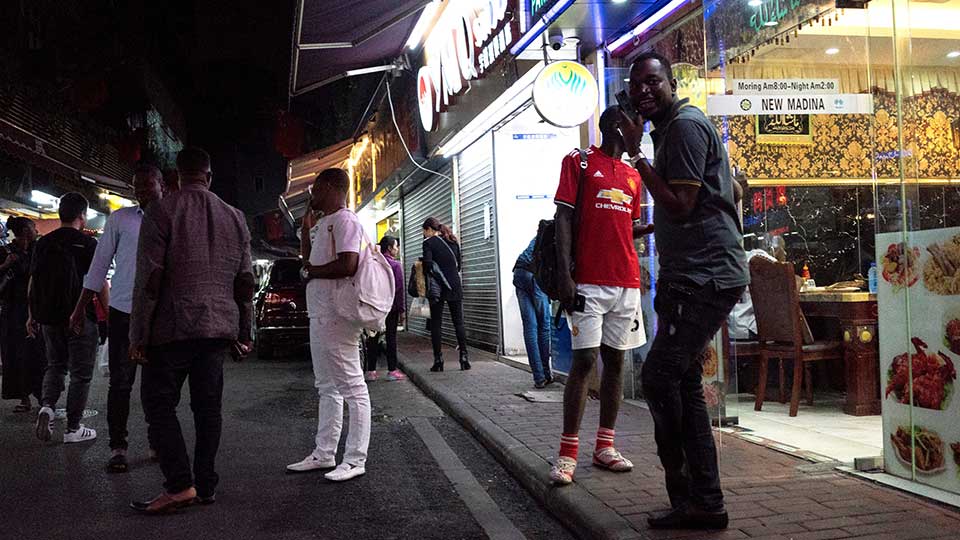 Although some time things can be challenging, Jane and her family consider China as their second home. As a passionate advocate for racial equality and social justice in the US, Jane often finds herself comparing her experiences of race issues back home and her new life in China. Although being in China shields her and her family from the more violent forms of racism that can be found in the U.S. Being Black in China has its unique challenges which can be summarized into two categories: casual racism and “annoying” curiosity.

This article aims to explore the complexity and nuances of the boundaries between casual racism and curiosity. In addition, through the lived experiences of Jane and others, this article will discuss the emotional toll casual racism has on Black people living in China as well as ways to move forward.

“When we first got to China ( Jane lived in a small city in northern China), people followed us around and taking pictures of us all the time, which was outrageous to me.” At first, Jane could not comprehend why local Chinese people were behaving this way around them. Jane felt especially uncomfortable during a visit to the local zoo with her family when other tourists began to take photos of her family instead of the animals. “Do we look like animals to them?” Jane questioned, “Why are people taking pictures of us in a place that is made to take a picture of the animals?”

Jane’s Chinese friends later told her that most locals were simply taking pictures out of curiosity because they had never met foreigners before. Jane felt surprised, “Really? Are you telling me that Chinese people are taking pictures of us so they can show it around at parties?” “Yes, that’s exactly what happens most of the time” says Jean’s friend. That was definitely one of the first culture shocks Jane experienced in China.

Dennis, one of the international students from Guinea, also had similar unpleasant memories when interacting with local people in Guangzhou. He mentioned that he once went into a store in Guangzhou where the old shop owner tried to rub his skin. At first, Dennis did not realize why the old man was doing so, but later he felt irritated when he found out that the old shop owner were trying to see if the dark pigment of his skin can be rubbed off.

Dennis felt insulted because he perceived such action to be an act of racism. “So my skin must be white and not Black? Does this mean that Black people should not exist in this world? Black means dirty?” he wondered. Dennis also mentioned that once he was on the bus in Guangzhou, a man standing behind him just touched his hair without asking him. Such action was disrespectful and even borderline harassment because in many African cultures, hair is a secret part of the body which only a close person can touch.

These incidents are a mere portrayal of the shared daily struggles many Black people face living in China. Many foreigners, especially Black people in China, might have had uncomfortable encounters (though usually harmless) with the locals that were driven by curiosity. Due to locals’ lack of international exposure and cultural sensitivity; their acts of curiosity were mistakenly perceived as hostile and discriminatory. However, it must be repeated, more often than not the instigator of such actions may not intend any racist connotation. “These things are invasive, but not necessarily racist, they are indeed ‘annoying’.” Jane later said.

Unlike in the U.S., where racism manifests itself in physical and institutional forms, a more individualized casual racism is the most common form of racism found in China. In the urban dictionary, ‘casual racism’ refers to “everyday racism”, which is so common that it is often normalized and infused into daily conversations through jokes and stereotypes or through unconscious body gestures and expressions.

Because of the word “casual”, many people think it is a “casual” thing which reduces its importance. When in this form and is not overt slurs and hate speech thrown in one’s face, people don’t always see it as an issue, want to acknowledge it, or understand how much it affects the everyday lives of others.

It seems some people believe that because their motives aren’t malicious, their actions surely cannot be racist or prejudicial. However, there is a fine distinction between curiosity and casual racism that involves the degree of respect shown. For instance, if someone will not stop taking pictures of foreigners when they are explicitly told to stop, it is an act of casual racism because basic common courtesy and respect are not applied.

Such disrespectful incidents happened to Jane and her family quite often during their time in northern China. Therefore, Jane was excited when they first decided to move to Guangzhou. Guangzhou was known for having the largest number of African migrants in Asia. However, to Jane’s surprise, in the supposed “Black Mecca”, Guangzhou, there are way more incidents of casual racism that go beyond taking pictures of her against her will.

When asked about incidents of casual racism she faced in Guangzhou, Jane gave two examples that really make her heartache. “Sometime in Guangzhou, when children walked past us and I say ‘hi; to them, they would just run away screaming looking scared.” “It’s a form of taught casual racism where kids are exposed to the idea that Black people are dangerous,” says Jane.

“Another thing that happens quite often was whenever I ride the subway, some people on the train would cover their nose and walk away from me like I’m a pariah. After COVID I never even tried to ride the subway, because I don’t think I have the mental capacity to deal with such dehumanizing and humiliating experience”

Jane also mentioned that her two daughters were sometimes verbally bullied at school for being different and having dark skin. The emotional toll of being exposed to casual racism has on Jane’s girls always makes Jane question whether moving to China was a good decision.

“Casual racism is hurtful, but not physically harmful,” Jane said. However, the emotional toll of casual racism in China has for those on the receiving end is still very significant. Behaviors such as the fearful gaze, the disrespectful photo taking, the finger pointing from local people has a dehumanizing effect which makes Black people feel like that they are not being treated as normal people, or even as a people. “Before I go out, I may need to consider whether my emotions are strong enough to withstand gazes and words,” Jane said.

So how can Chinese people improve this situation and make life easier for Black people like Jane and Dennis to consider China their second home? After all, we want them to know that they are welcomed in China.

To begin with, we could be more conscious of their behaviors around Black people. Improvement could start with thinking about the often-overlooked actions such as touching people’s hair without asking or taking photos of foreigners without permission. Though these actions are often done without racist intents, they still make Black people feel not only uncomfortable but also of being discriminated against.

Secondly, we could also actively speak out against prejudice and injustice when they see it. For instance, we could speak out against untrue stereotypes and report hate speeches on social media and have them taken down. “Don’t keep silent and do nothing, please,” Jane said.

Thirdly, we could say no to stereotypes and just treat people with the equal respect and dignity that they deserve. “ I am not dangerous; I am a person just like you. You and I look different, but we are the same.” This is the one complex phrase that Jane memorized in Chinese. She uses it whenever she sees children acting scared around her. Jane finds that children tend to claim down once they hear this. “Once they look into your eyes, they see the fact that we are indeed the same.”

Last and most importantly, racially sensitive education plays a critical role in shaping values. Comparing to older adults who tend to have a more fixed mindset, children, teens, and young adults are more receptive to new ideas. With proper guidance, the next generation of Chinese youth can help eradicate casual racism and make China a more inclusive place for all international friends.

Chen Junrong is a student at the Guangzhou Foreign Language School and a China House Student Fellow.

Bittersweet Memories: a Holistic Picture of How Africans Are Treated During COVID-19 in Guangzhou 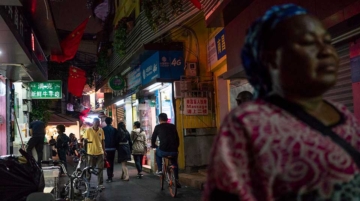 By China House Student Fellows Houming Ling, Lynn Yuhan Pan, Meng Zhao and Zach Ziye Zhang “The African community in Guangzhou is on edge after widespread accounts were shared on social media of ...

Hatred and Hospitality: See the Complexity of Racism in Guangzhou

By China House Fellows Andy Zhang, Jie Cang, Ziyu Lin and Yirong Xu “We don’t want gifts and apologies: We want our dignity…We have fractured this world.” – Kevin, student “But I thought ... 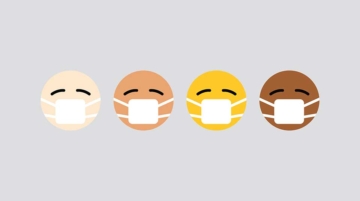 By China House Fellows Jinhao Bai, Yi Cheng, Jiasui Xie, Ruoyu Yan “If we want to confront the issue of racism, everyone needs to take their share of responsibility. This ‘everyone’ includes you, me, and ...
Previous Story: Bittersweet Memories: a Holistic Picture of How Africans Are Treated During COVID-19 in Guangzhou
Next Story: Anti-Black Cyber Racism in China