The following story was written collectively by China House Fellows Hu Chengguang 胡承广, 20, a junior at Zhengzhou University, Zheng Tengyao 曾腾瑶, 16, an 11th grader at Guiyang No. 1 High School, Bai Yuwei 白煜玮, 16, a 12th grader at Confucius International School in Qingdao and Cao Xiaocao 曹小草, 18, a freshman at the London School of Economics.

As one of the most important drivers for a country, education has developed rapidly during the last few decades in Kenya. While even though Kenya’s current education system has been well established, it still faces a lot of practical challenges, especially the gender inequality problem.

Kenya still has a long way to go to protect women’s right to education, which needs both domestic and foreign support. China, as Kenya’s largest trading partner, should also play a role in this issue.

Under such a comprehensive system, it seems that every child can get a corresponding education before graduating from secondary school in Kenya. Though most girls can finish primary school because it is compulsory, according to the World Bank, the percentage of Kenyan female population age 25+ that completed secondary schooling was just 11.24 % in 2010.

What’s wrong with so many Kenyan girls dropping out after primary school? There are three critical reasons as follows.

First of all, poverty is a significant issue for many schoolgirls. Even though public secondary schools cost-free tuition fee, many Kenyan girls can’t afford high uniform costs as well as the daily lunch fees.

The long-distance further deepens the problem of poverty and exacerbates the obstacles in continuing education. According to Morimaya, the chief of the Maasai tribe in the area, “For all of our girls, the closest secondary school is several miles away, so…boarding, you know, and it costs extra fees for that.”

Secondly, traditional patriarchal culture also deprives many girls of their right to education. Due to Kenyan social stereotype of women taking in charge of house chores and supporting the family, most girls have no choice but to work outside or undertake housework at an early age. So leaving school becomes a popular option after compulsory primary education.

Women who drop out usually attend vocational training to acquire practical skills to enter the workforce and start earning an income much earlier. Peninnah, a saloon owner in Kibera (the biggest slum in Nairobi, Kenya) is a typical example. Despite having not completed secondary education, Peninnah improved her life a lot by her business. She now lives a good life and is able to sustain her four children’s education to university level.

Last but not least, early pregnancy is another problem prevalent in Kenya, causing girls to drop out of school at a young age.

According to the Kenya demographic and health survey in 2014, “11% of women age 15-19 are currently married,” whereas, at this age, girls should be in secondary schools. Early marriage causes early pregnancy, which is a crucial reason for many girls’ dropping out of school. Besides, it’s hard to catch up even if those girls return to school after having a child, which exacerbates the dropout.

Early marriage and early pregnancy are extremely prevailing in Kenyan rural areas, especially those tribes with long-preserved traditions, like the Maasai community.

According to Priscilla Nangurai, the founder of the Maasai girls’ rescue school, Maasai girls are engaged when they are very young. A lot of them were getting married after FGM (Female Genital Mutilation), which usually happens at the end of primary school. “They are treated as a woman after circumcision, and men can approach her for sex. There is no rape if a woman is circumcised,” she said. Thus, a lot of girls were getting pregnant and then having to drop out of school.

Due to the numerous factors mentioned above, multi-resources should be integrated to solve the problem of the high dropout rate of Kenyan women after primary school. In addition to the domestic resources, international support is also of vital significance for the education development of Kenya.

Under the Belt and Road Initiative and the rise of social responsibility consciousness, Chinese Government and companies have taken more and more roles in supporting Kenyan social development issues, including improving Kenyan girls’ education situation.

In 2012, the Kenya-China Economic and Trade Association (KCETA) and its member companies raised Ksh5,814,000 for the expansion project of Mcedo-Beijing school in Mathare slum of Nairobi, which was set up in 2007 with the financial support of the Chinese Embassy. This expansion added a middle-school section with 128 students (65% were girls), which make some difference for cutting down girls’ dropping out rate in the nearby community.

Aiming to help Kenyan youth pursue high school education amid financial constraints at home, The China Road and Bridge Corporation (CRBC), contractor of Kenya’s Standard Gauge Railway (SGR), launched a scholarship to Kenyan high school students this year. “We decided to do whatever we could to sustain their study and hope our assistance will help them realize their dreams and life’s goals,” said by Li Jiuping, general manager of CRBC.

Catherine Mbithe was the only girl among the three beneficiaries of the inaugural scholarship. The 15-year-old daughter of a single parent and small-scale farmer was among top performers in last year’s final primary school examinations and is already enrolled at a local high school. This scholarship not only avoided her dropping out from school because of financial hardships, but also paved the way for the eventual realization of her dream of becoming a mechanical engineer, said Mbithe.

China’s work on improving Kenyan girls education has been appreciated by many locals. Nonetheless, these actions are still extremely limited to help with the high dropout rate problem of Kenyan girls.

When asked about suggestions for China in helping with Kenyan women education, Kenya NGOs and local women expressed strong expectations, together with some practical ideas.

In the first place, the Chinese Government and organizations were suggested to donate more money to Kenyan women education empowerment NGOs, not just schools. Terry, from the management team of Women Youth & Children Development Organization, a Kenya women empowerment NGO, said, “We have made clear plans for future development (of Kenyan women education), but we need external funds to do all of that.”

Other than financial aid, China was also expected to interfere appropriately in a Kenyan school curriculum by a local female during a women empowerment seminar. Because many Kenyan appreciated the quality of Chinese education, they suggested China introducing some online lessons to Kenya, to increase Kenyan school girls’ pass rate of the final exams, and cut down their dropout rate.

The students who wrote this report were all fellows at  China House, a social enterprise that brings young Chinese to the global south for researches, conservation activities and development projects.

Africa at a Crossroads: The Dilemma of Studying European and Working Chinese

Like many of my peers in primary school, I grew up wanting to be a lawyer. Others aspired to either be pilots, engineers or doctors. I remember the repetitive flowing class every ... 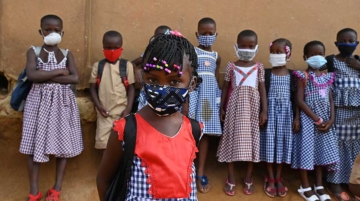 The Role of Education in Tackling Child Marriage in Kenya 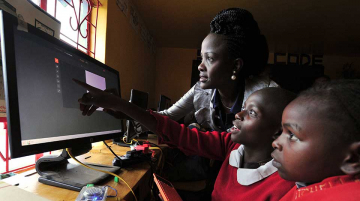 By China House Student Fellows Qinnan He, Larrissa Leung, Linyi Xia and Xuewen Zhang (Authors listed alphabetically, this research article has been authored equally). “I’ll share you a girl’s story. She’s 35 now with 9 ...
Previous Story: What Is the Best Solution to Stop Chinese Tourists Consuming Wildlife Products?
Next Story: The Battle of Plastics: The Status Quo, Challenges, and Future for Plastic Waste Treatment in Kenya