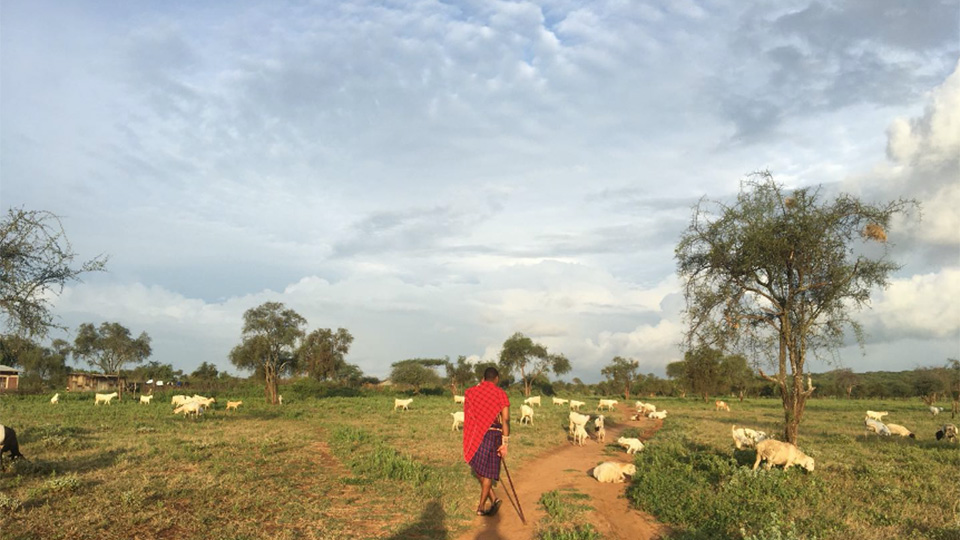 Kenya is an African country with 47 semiautonomous counties governed by elected governors, analogous to states in the US. Therefore, it is famous for its ethnic diversity— especially tribal diversity.

The Maasai are one of the many diverse groups within Kenya; a minority tribe, they are part of the Nilotic ethnic group that currently has an estimated 2 million residents in Kenya and Tanzania. They are dispersed in various places, including cities and rural areas. There is a gathering place called the Maasai Community in rural Nairobi where Maasai people still practice their traditional culture and language, Maa. Thus, it has become a perfect place for learning about Maasai culture and language. More importantly, people are able to examine why the Maasai have been so successful in preserving their traditions.

The Maasai’s traditions are semi-nomadic and pastoral, and their way of life is built around these qualities. They herd cattle, goats, and sheep. In fact, cattle are the symbol of wealth in their culture. They also practice herbal medicine and herbalist is a respectful profession in the community. Philip, an intern in the Department of Cultural Heritage at the Nairobi Museum, depicted Maasai people as “past landowners” since they used to own a large mass of Nairobi. One elderly Maasai Samaito explained that “When white settlers came, the production of plastic burgeons due to the growing population and industry. Thus, it’s harder for us to feed cows on unpolluted land. Sometimes they might even eat that plastic debris by accident. This is why our ancestors decided to leave the big city and migrated to a remote place with fresh air and an amazing natural environment, away from the city noise and pollution.”

The Maasai tribe is unique in the close family connection between members. As Angela Kabiru, an archaeologist at the department claimed, “many other small tribes admire bigger communities for their economy or high-tech products that the minority tribal people imitate the majority [culture]and abandon their own. This is how some cultures disappeared. On the contrary, Maasai people are bonded to their culture.” One reason is due to the clear work division and concept of “family” in the community. Maasai practice polygamy: all wives and children form a big family with the man at the center. During an interview with Maasai women, they claimed that “we do everything.” They milk the cows, take care of children, cook, or clean the Bomba (house in Maa). What about men? If there’s a drought, men herd the livestock to a new place. One reason that they practice polygamy is also due to the fact that men have many livestock, especially cows, to take care of that they need many “helpers”. These clear and distinct family roles mean family members seldom have disputes and their sense of responsibility bonds them tightly to the family, creating a harmonious and united unit.

In addition to internal family unity, the tribe as a whole is also united as Maasai people. As the anthropology professor, Dr. Mariah Ngutu at the University of Nairobi, indicates, “When doing self-introduction, Maasai people would say that they are Maasai before saying they’re Kenyan.” No flattery for cities, no assimilation to other tribes; “we are just pure Maasai, totally Maasai,” said one warrior, Kwania, in the tribe.

In light of such unity and loyalty, they are a model of preserving their language, Maa, in addition to simply preserving cultural practices. As John Moogi Omare, Program Director of Culture at Kenya National Commission for UNESCO, pointed out, “Endangered language preservation can be hard to carry out due to the limited number of existing speakers and sporadic settlement of residents.” However, Maa preservation has been extremely successful because of their education, the balance between development and preservation, support from NGOs and a strong story-telling tradition.

In one community where Maasai people gathered, a Maasai called Kakuta founded a Non-Governmental Organization called Maasai Association. He is a native Maasai but studied economics at a U.S. university. Unlike most Kenyans that went to live a life in big cities, he never forgot about his Maasai community. Thus, he went back and founded Maasai Association. His experience made him deeply convinced of the power of education. As he explains, “Nobody can resist the education: education is power. People need to be empowered to make informed decisions.”

To this end, Kakuta built Maasai schools, including primary and secondary schools, which are all boarding schools with Maasai students. This avoided a conventional problem of cultural diminishment. Before the school was built, children had to attend remote towns or city schools and stayed away from their parents. In those schools, they weren’t allowed to speak their own mother tongue. Instead, Kiswahili or English were promoted. Gradually kids lost their family bond and mother tongue.

As for Maasai kids who attend these Maasai schools, they have been able to go home once in a while although this school is a boarding school. They are also fully encouraged to use Maa at school. There are also courses related to Maasai culture in secondary school to help students fully recognize their own culture and learn to be proud of it. These schools do more than just preserve Maa. They allow the younger generation to have a better education to become more capable decision-makers. They are able to apply critical thinking toward vital issues. For instance, for other minority tribes, people may admire bigger communities and imitate other cultures. They lose their own identity as a tribal person and are assimilated as the world develops. Maasai, however, have learned to think critically about urban life and economic development: because of this, they have been able to reach an equilibrium between prosperous development and culture preservation. They welcome foreigners from the outside world to learn about them and they sometimes go to the market in Nairobi or post their life on the website of Maasai Association to share with other people. Meanwhile, though, they established their own education system and every person speaks Maa in their community, no Kiswahili, no English. They love their language and always practice Maasai culture despite the influence of the outside world.

Another important aspect of Maasai education that has helped this community preserve their culture and language is family education and story-telling traditions. An oral literature professor, Dr. Kimingichi Wabende at the University of Nairobi, has done a great deal of research on the Maasai community. In all the documentation he did of Maasai, he recorded many songs with unique meanings and uses, such as lion hunting or pregnancy congratulations. He also videoed Maa stories. At night, the Maasai would light a bonfire and the children would sit in a circle next to the fire. Then elderly people would tell them traditional stories in Maa, such as stories related to Maasai gods or about their tribe development and history. These stories in Maa pass on between generations. Thus, Maa, along with their culture, is largely preserved. This isn’t prevalent in other tribes.

There are, however, limitations to the current preservation work. For instance, there’s no official written system in Maa, so oral story-telling is vital. For more documentation to be made in the English alphabet and to preserve this language in a written script, more efforts need to be made. Only when a language is officially documented can linguists study it systematically and preserved it against the possibility that there might be nonnative speakers in the future. The vocabulary of such a minority language is restricted as well. The development of technology coins countless words that aboriginal language doesn’t own natively. Thus, when people communicate, they need to add many English words to describe those new things and the element of aboriginal language decreases as they communicate. No ideal solutions are offered currently by scholars or local NGOs since this is a natural disadvantage of such ancient languages. Thus, many remaining challenges need to be overcome but with the joint efforts of such united tribal people, there is great hope for tackling the problems and preserving the rich, vibrant culture and language of the Maasai. 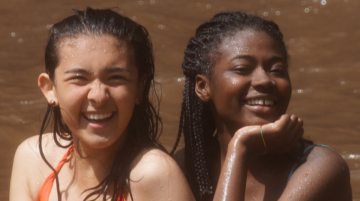 Gioia Serena Wang is an international student based in Shanghai with an interest in education, culture, and the politics of West Africa. Growing up in a biracial household, Serena has been immersed in cross-cultural ...

Q&A With African Educators Studying in China: What Went Well and What Could’ve Been Better 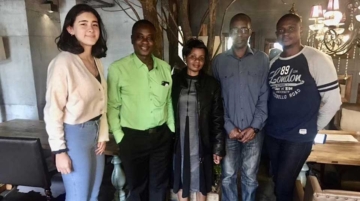 In the fall of 2010, East China Normal University launched the International Master of Education in Educational Leadership and Policy program co-sponsored by UNESCO and China’s Ministry of Commerce. The one-year master program endorsed by China’s Ministry ...

After Travelling to Kenya Three Times, a Chinese High School Student Started a New Business with a Group of Massai Women 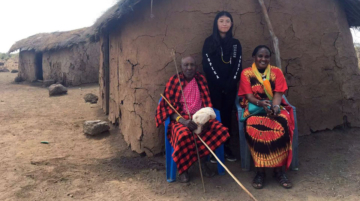 I am a high school student in China. I have come to Kenya twice for field researches related to community development. This July, I went to Kenya again to do something different. Kenya is ...
Previous Story: Both China and South Africa Face Acute Water Challenges. Here’s How They Can Work Together.
Next Story: It Is Not Too Late for African Governments to Get African Students out of Wuhan