The following article was written by Sun Shuangqi, a fellow at China House Kenya

“After Chinese firms finished the construction project, Kenyans kept the prefab houses. They went like hotcakes,” explained Susan, the founder of a Kenyan female empowerment foundation. Soila is in her 50s and has worked an extensively the Maasai, an ethnic group inhabiting parts of Kenya and Tanzania. Driving along the highway Nairobi towards Mombasa, I saw many of the traditional Maasai housings made of packed earth. Susan described some of the dangers of these traditional structures; they are, for instance, not fireproof. Some of them, she explained, aspire to live in new types of homes.

Prefabricated (or “Prefab”) homes are easily transportable dwellings manufactured off-site in advance. They are usually divided into several standard sections that can be easily shipped and assembled. In construction projects, prefab houses are often used as temporary dorms and offices for employees. Over the past five years, these prefab houses, which are often cheaper than alternatives, have been popping up in Kenya’s urban and rural areas alike.

Part of this is due to the recent expansions of real estate investments and construction projects by Chinese firms; these often use a large number of prefab houses to temporarily house employees. “Many of the prefab houses we use are imported from southern China, cities like Guangzhou and Foshan,” described a Chinese real estate investor in Kenya. These houses usually used for 1-2 years, or the duration of a construction project, at which point they are stored until the next project.

Prefab houses have been also been utilized for educational “aid” programs initiated by Chinese in Kenya. Mathare, one of the biggest slums in Nairobi, contains more than 84 schools serving the local children. The new teaching building of “Mudo Beijing School”, a private grade school sponsored by the Chinese Embassy, was erected by a group of Chinese engineers in cooperation with back in 2011. The school is noteworthy as the main building is a re-purposed two-story prefab house, designed by an architect from Hong Kong University (HKU). “I really like my classroom because it is big and clean,” said an eighth-grade student. Jacob, the headmaster, similarly praised the project: “We really like it. The faculty, community, and students really like the prefab structure. It gave the entire community in Mathare a new look.”

Due to Kenya’s rapid urbanization and the need to house a burgeoning population, as well as the initiation of a series of public projects including the police stations and the airport, high quality, prefab structures are being adopted as efficient and cheap solutions.

The potential applications in rural Kenya are also many. Near the border Kenya-Tanzania border, an area with a large population of Maasai, some are choosing to move into prefab houses, citing some of the drawbacks of the traditional shelters: traditional housing materials includes ion sheets and timber which can cost as much as 100,000 shillings per house. Moreover, these houses are more vulnerable to fire. As such, some Maasai communities prefer to purchase second-hand prefab houses.“The sustainability of these houses wins big applause there. In fact, there has been no negative feedback,” explained Susan.

In some of Kenya’s sprawling slums, others also see new possibilities for prefab houses: “Some people see prefabricated housings as the hope to improve the overall living environments,” said Fred, the headmaster of the Hanka School. Today, many low-income families are still living in slums, where housing is a widespread problem. According to Fred, thirty percent of the households in Mathare live in the houses made of stone and seventy percent of the households stay in the houses made of ion sheets. “The major concern is the potential threats to safety because the cheaply made ion sheets are not fireproof. In Mathare, there are fire accidents nearly every month. Electricity is not widely available so families end up use small candles, which cause a lot of fire accidents, ” explained by Fred. Prefab houses may provide an alternative option to solve this issue.

However there are still challenges—namely, the cost of transportation and tariffs on importing the structures. A low-income family in the slums whose salary is approximately 3,000 shillings per month cannot necessarily afford an imported prefab house. When I spoke with a resident of Mathare community, he confessed that although he knew the benefits of the moveable houses, he did not have enough money. The costs of movable houses imported from China are six times the costs of ion sheets often used in Mathare, a result of the high transportation costsand expensive tariffs. “The Kenya government adopted extremely high tariffs for the imported construction raw materials in order to protect the domestic industries,” Mr. Fu, one of the managers of the logistics company in Nairobi explained. Tariffs and transportation have thus postponed the development of Chinese-made movable houses in Kenya.

However, a new shift in thinking, from ‘Made in China’ to ‘Made in Kenya’, could spur the takeoff of these prefab houses. Indeed, the trade policy may be working: high transportation costsand tariffs have motivated some investors to consider manufacturing prefab houses in domestic Kenya.Liu, a private investor from China, is considering bringing a movable house factory in Kenya this July.While the technology required for the production of prefab houses is not his expertise, his business partner in China has three generations of movable houses business experience. However, Liu remains uncertain: “At the beginning of 2015, I planned to open the factory with six months. But it actually took me nine months to handle all the government paperwork and apply for the permit to build a factory.” Despite the holdbacks, he is pushing forward, as he believes there will be huge demand for prefab houses in Kenya and nearby countries by the time he finally starts production in 2017.  “Prefab houses produced locally will provide a faster alternative for consumers, and the prices will be cheaper than those that are imported,” said by Mr. Liu. He hopes to work with both Kenya government and Chinese construction firms to promote the environmental and housing development of the slums.

What Is the Best Solution to Stop Chinese Tourists Consuming Wildlife Products? 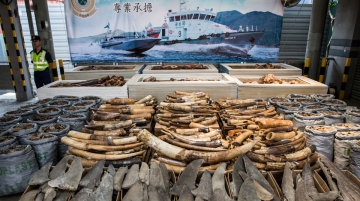 In 2018, China’s most influential E-commence leader Mayun visited South Africa and participated in a wildlife protection event, which he awarded 50 rangers to appreciate their effort in anti-poaching. People in china from all walks ...

The Battle of Plastics: The Status Quo, Challenges, and Future for Plastic Waste Treatment in Kenya 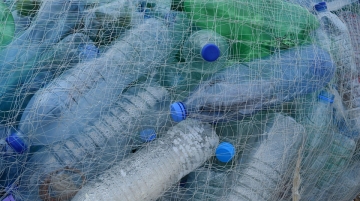 “In terms of plastics, human beings are very poor users and managers,” Kiesler, chairman of the World Environment Council (WHO’s decision-making institution), said in a speech on World Environment Day. Plastics were first introduced at ... 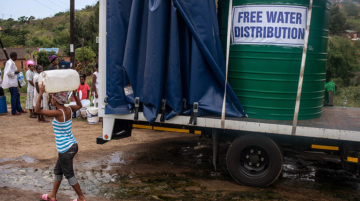 When I visited my family in Cape Town in 2018, it was during the height of the water crisis. Cape Town was heading towards what became known as “Day Zero”, the predicted date of the ...
Previous Story: A Kenya Beyond Maasai
Next Story: Can China Help Lift African Women Out of Poverty?