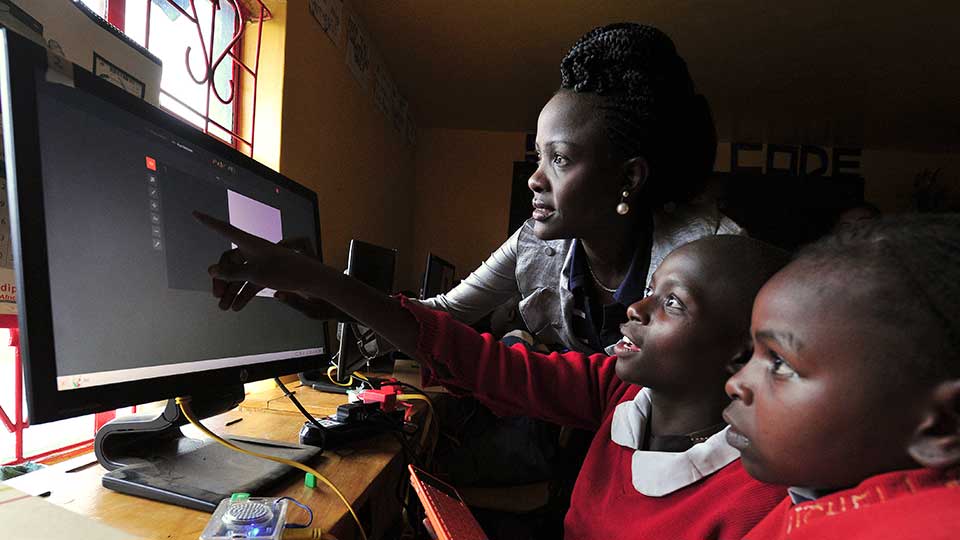 “I’ll share you a girl’s story. She’s 35 now with 9 children after being forced to marry at 14. Her mom and dad died when she was 7. Her husband just got her pregnant and never helped her in any way. So child number 1, 2, and 3 died… and now she has 7 children, and continues to be abused by her husband.”

This was one of the many jarring anecdotes we learned from Ms. Terry M Kiragu, co-founder of the Women’s Youth and Children Development Organization (WYCDO) based in Nairobi, Kenya. This alarming incident heartbreakingly rings true that she was far from being alone, making us all pause for thought.

Child marriage, according to UNICEF, is a marriage in which one or both spouses are under 18 years old, thus violating the fundamental premise of human rights – freedom. In addition to the socioeconomic consequences, girls who marry early are more likely to suffer from risks of obstetric fistulas, cervical cancer, and a myriad of fatal transmitted diseases compared to those who do not.

Child marriage is situated in the subtle interplay between cultural norms and ethical judgement. Patriarchal traditions still remain in most parts of Kenya, posing an overbearing influence on people’s attitudes and behaviors. For instance, in the Samburu populations predominantly in northern Kenya, male relatives place beads around a girl’s neck to symbolize their marriage; some girls are “beaded” as young as 6 years old. On the other hand, in some areas where premarital pregnancy is considered shameful, parents will marry their adolescent pregnant daughters off to preserve family honor. In the very south of Kenya, the Maasai communities often see Female Genital Mutilation as a sign of marriage readiness, prompting child marriage anywhere from the ages of 9-14.

Kenya’s unwavering growth of child marriage statistics is alarming. UNICEF’s June 2019 reports that in every single year, 1 in 9 girls are married before they turn 15 and over 12 million girls forcefully married before they turn 18. In low-income countries in particular, child marriage is often misleadingly regarded as a survival tactic by elder family members in need. Young girls are often viewed as the commodities of their parents’ control, too often married off by impoverished parents to fetch up goats, cattle, camels, and donkeys in aid of their household.

According to Save the Children’s Global Girlhood Report in 2020, an additional number of 500,000 girls are estimated to face the risk of being forced into child marriage, and 1 million more face early pregnancy. This increase is hugely attributed to COVID-19’s economic hit on middle- and low-income countries, and tackling the growth of child marriage under the shadow of the COVID-19 outbreak has been an unprecedented challenge. In addition to limited execution of projects on the ground as well as decreased funding and number of staff, schools have been shut down. In a conversation with Marias Ripau, Program Manager of the Maa Trust, an NGO devoted to human development and empowerment of Maasai girls, he estimated that the myriad challenges that the girls faced today would reverse 25 years of improvement in their situations.

As discussed by Ms. Kiragu, education for the girls were the least of their concerns. Girls Not Brides, a global partnership of over 1300 civil society organizations which commits to ending child marriage, states a painstaking positive correlation between girls being deprived a right to education and the chances of them forced to marry underage – almost 3 times as high compared to girls who receive formal education. “They are stuck and often don’t know how to handle these things,” said Ms. Kiragu, “in most cases, girls that are forced into marriage at such a young age aren’t even prepared to physically deal with taking care of their children, let alone directing the trajectory of their own education. Often bearing more than one child, the survival rate of these girls is significantly below average. They are only left to disparagingly conform to the social expectations imposed on them, rather than proactively confronting them.

Empowerment in and Beyond the Classroom

Despite the fact that primary education has been legally free and compulsory in Kenya since 2003, according to recent report by the national government, less than 30% of girls receive formal education due to additional childbearing and homemaking duties. Consequently, their agency, self-efficacy, hope to create a bright future of their own are taken away. Those girls who were forced to get married when they were minors tend to be abused – physically, sexually, and emotionally – and are deprived of the right to receiving basic education, which, according to the Universal Declaration of Human Rights, should be entitled to any human being regardless of gender.

UNESCO’s latest global monitoring report for education speculates that over half a million girls would be unleashed from the pressure of child marriage if they received education in primary school. Education, as described by Ms. Kiragu, doesn’t only “provide strength for girls to learn more, but it also vests them with the power to say no.”

Ms. Kiragu’s neighbors come from the most educated community in the region. When presented with the demand of an early marriage from one of her relatives, the daughter in this this family felt empowered to reject it herself, instead of resigning to the repressive reality that many Kenyan girls faced.

The power of saying “no” can discontinue the ever-progressing chain of child marriage. “Discourse must become increasingly prevalent,” said Mr. Albert Obbuyi, Director of the Centre of the Study of Adolescence, an indigenous nonprofit dedicated to the health and development of Kenyan youth.

According to UNICEF, investing in girls’ education projects a transformative outlook. Already susceptible to physical and sexual abuse in alarming frequency, girls that receive an education not only earn higher incomes, but also further closes the wedge of inequality driven between genders, and socio-economic status. Education will also embolden them to exert their agency and pursue greater opportunities.

Despite the COVID-19 pandemic, many social activities and human rights workers remain hopeful. Mr. Obbuyi mentioned that shifting their initiatives from offline to online had been largely smooth. Whilst it is extremely difficult to transform ingrained social norms, one potential solution is to cultivate synergy in the space of women empowerment. For example, WYCDO and the Economic Projects Transformational Facility – another Kenyan nonprofit, are strengthening their allyship in developing a unified vision of empowering women to reach their goals.

While the status quo can look gloomy sometimes, the vision and passion can be passed on for generations until we see significant results. Before Ms. Kiragu picked her fight for achieving women’s full potential after her mother’s involvement in the same line of work. As a matter of fact, she started off at her mother’s organization.

Furthermore, the increasing knowledge base and deeper understanding of education’s role are reassuring. One example is the active participation of girls and underrepresented vulnerable groups in WYCDO’s civic education, which aims to exposure them to diverse groups and institutions and understand their fundamental rights in the constitution-making process. Additionally, as families from underrepresented backgrounds continue to face risks of falling into the poverty trap and thus possibly alcoholism and domestic violence, WYCDO also provides mentorship programs that help women and youth start small enterprises.

WYCDO is not the only organization that emphasizes the importance of mentorship. The Economic Projects Transformational Faculty (EPTF) transforms such abstract ideas such as entrepreneurship into a concrete reality through mentoring individual women. Founded by The Navigators Kenya, they are an example of using an integrative and holistic approach to offer training in an approachable manner, spurring enterprise development for underrepresented vulnerable groups and minorities. From establishing strategic partnerships with business owners to equipping alumni with financial literacy and business skills, organizations like EPTF offer tangible solutions that will hopefully move the needle forward.

High Dropout Rate of Kenyan Women after Primary School: Can China Become Part of the Solution? 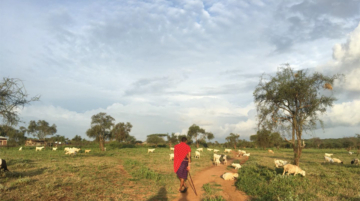 Kenya is an African country with 47 semiautonomous counties governed by elected governors, analogous to states in the US. Therefore, it is famous for its ethnic diversity— especially tribal diversity. The Maasai ... 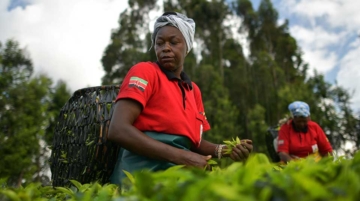